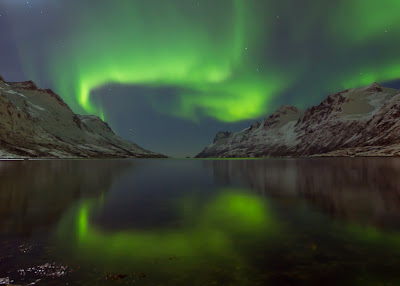 Well I didn't think I would start up this blog again and certainly not in 2013. But, as luck would have it though we were recently contacted by the owners of the cabins we stay in Ersfjordbotn, Norway with the offer of a cabin that had become available due to a cancellation.  So we have taken up the opportunity to return to Tromsø for possibly the last time for 11 years. I will be in there between 28th December 2013 until 4th January 2014 and therefore we will get to see the New Year in with the aurora borealis and I, for one, can't think of any better way I would like to celebrate the occasion.

I intend to blog again whilst I am there, although I feel that chasing the light will be a real effort this time. At this time of year the weather isn't great with a significant amount of cloud cover most evenings on the coast and around the immediate Tromsø area. So this may require me to search out new locations further inland to find the clearer skies with locations such as Abisko in Sweden on our radar which is just about in driving distance of Tromsø.
I am still not certain what not seeing the sun for 7 days will feel like but I am hoping that the colour of the skies will be something to remember due to the lack of sunlight and so offer some different photographic opportunities. Due to the time of year we are going this time it may offer the chance of possibly photographing orca's as they follow the winter herring run along Norway's coastline as well and this is something I have wanted to do and to get close up to these amazing dolphin's, Yes, orca's are part of the dolphin family although they are often referred to as 'killer whales' can be a little confusing.
As I blogged previously I was approached by Warehouse Express, AKA Wex, here in the UK to pen a blog entry for them about photographing the aurora borealis and I am pleased to see that so far that has been read over 2700 times. 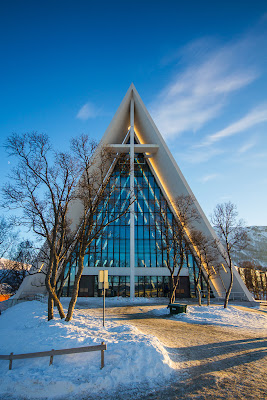 Whilst I do sell my images at local events generally I get the impression that my images of the aurora's only act to inspire people to go and see them for themselves as they are on so many people's bucket list. What never ceases to amaze me is the number of people I have spoken to who have been to places such as Norway, Finland, Sweden and Iceland in search of the aurora borealis and have comeback disappointed as they didn't get to see the Northern Lights. There are 2 recommendations I continually make to people if they are planning such a trip. The first point is to go for as long as you can go taking into account the cost of living in the Scandinavian countries compared to most of Europe and the second point is to try and be mobile and have the use of a hire car. Unfortunately the chances of seeing the lights are controlled by a number of factors including solar activity and weather conditions. It would be wrong of us to think we just turn up and Mother Nature just does her bit and flicks a light switch and puts on a display for you. Then again for those who know this is possibly what makes the anticipation and excitement the aurora even better especially if you have been chasing the light and finally find it.
I have some images aluminium mounted prints of the auroras that measure 100cm x 50cm and are a real focal point for any room and everytime I look at them they just seem to get better and better and I am my own biggest critic when it comes to my images.
During the autumn here in the UK I decided to take part in a competition called '24 hours in Bristol' to photograph the city during 24 hours on a specific day. The concept of the competition was very appealing as you are only allocated a certain hour time slot that you have to take an image in after you have paid an entry fee. This type of photography is well outside my comfort zone and the day in question wasn't great weather wise so it was a real challenge for me. I didn't make the final 3 images that won the major prizes which was no real surprise, but I did take an hourly award for the best image taken between 18:00 - 19:00 and I have to say I was chuffed to bits about this and gladly accepted a cheque for £50 for my efforts. 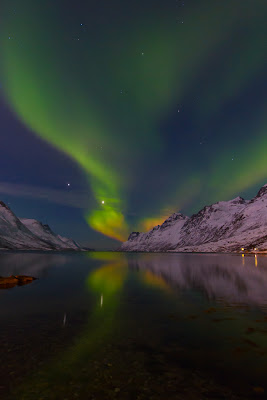 This year I changed hosting provider for my personal website and so moved across from Clikpic to Zenfolio. I find Zenfolio far easier to administer and to keep updated and a lot friendlier to use. Whilst investigating suitable hosting solutions I did some research and during this time I found a blog from someone who was already using Zenfolio and they mentioned they had had 311 visitors in a year. I set myself a target of achieving more hits than that, just as a bit of fun and as a personal challenge. I am glad to say that I overtook this number of hits after just over 4 months.

It was also during this time that I used Google image search just to look where my images were being used. I was slightly annoyed after just searching a random 10 images from my portfolio that 1 had been used without my consent on a commercial blog. It is well worth completing such a search for yourselves, especially if your own images are being used without your consent.
I honestly do appreciate those who take the time to read this blog and would just like to say thank you to you as individuals and I am really looking forward to blogging live from Tromsø later this month.
If you do like my work please take a minute to view either my personal website Darrell Jordan Photography or alternatively go to my Facebook page Darrell Jordan Photography (Facebook) and please like the page.
The blog entry I wrote for Warehouse Express concerning photographing the aurora borealis can be found here My Wex blog entry
Keywords: Zenfolio Clikpic Orca Google Image Search 24 Hours in Bristol Aurora Borealis Northern Lights
« Previous Post Next Post »