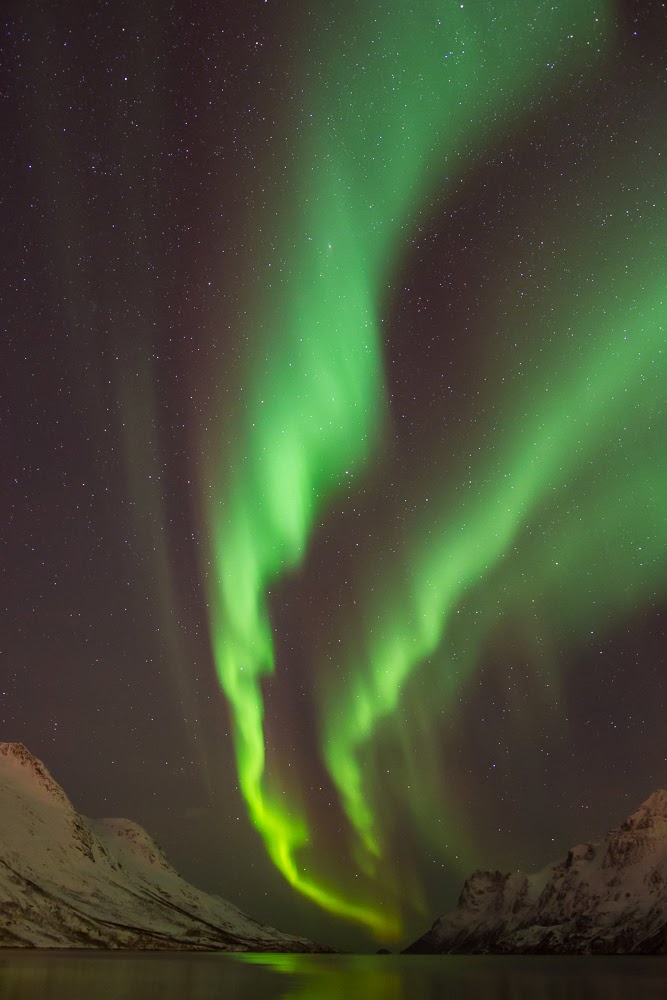 To start with an apology for not posting live whilst we were in Tromsø. Basically the first 3 nights of our trip were completely wiped out by cloud and then on the evenings of New Years Eve and New Years Day the skies were alight with auroras. Especially New Years Day which saw clear skies and an aurora storm rated either KP5 or KP6 depending on which website you use ablaze in the night sky. 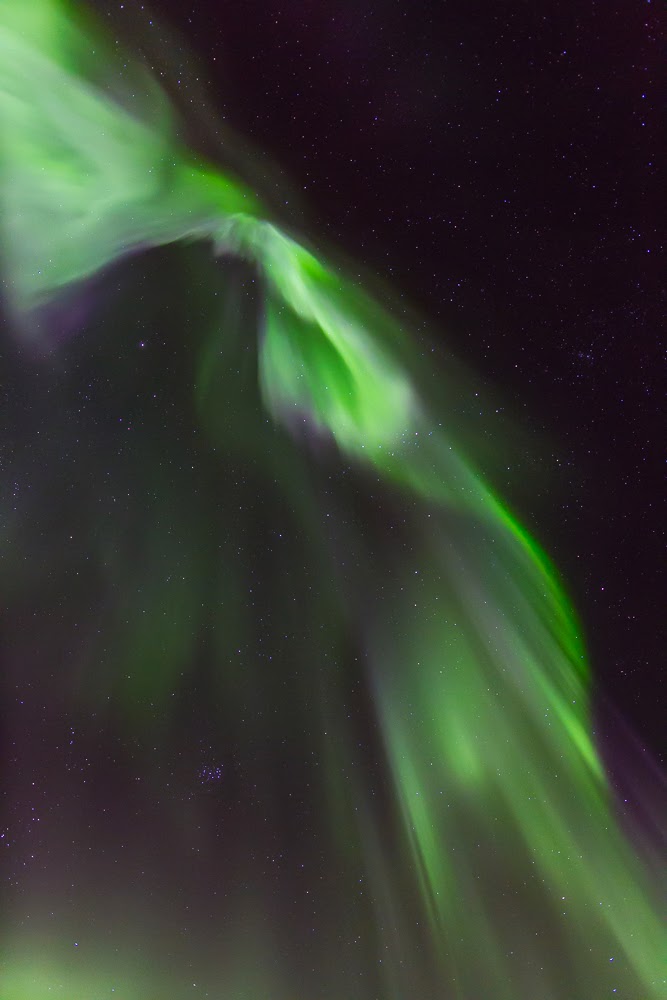 We have been to Tromsø 3 times now and despite my concerns before going this time, regarding the time of year as usually the end of February until the end of March is the best time to go, we weren't left disappointed. Never in my wildest dreams did I expect to see the best aurora displays we have witnessed to date. To see the whole sky full with the aurora and a corona as well meant we just stood in awe and wonder at what mother nature has to offer. I would dare anyone not to be amazed at the display. The colours and movement of the Northern Lights was truly a memory that will live with me forever. I've included a number off images I captured during our holiday on this blog post 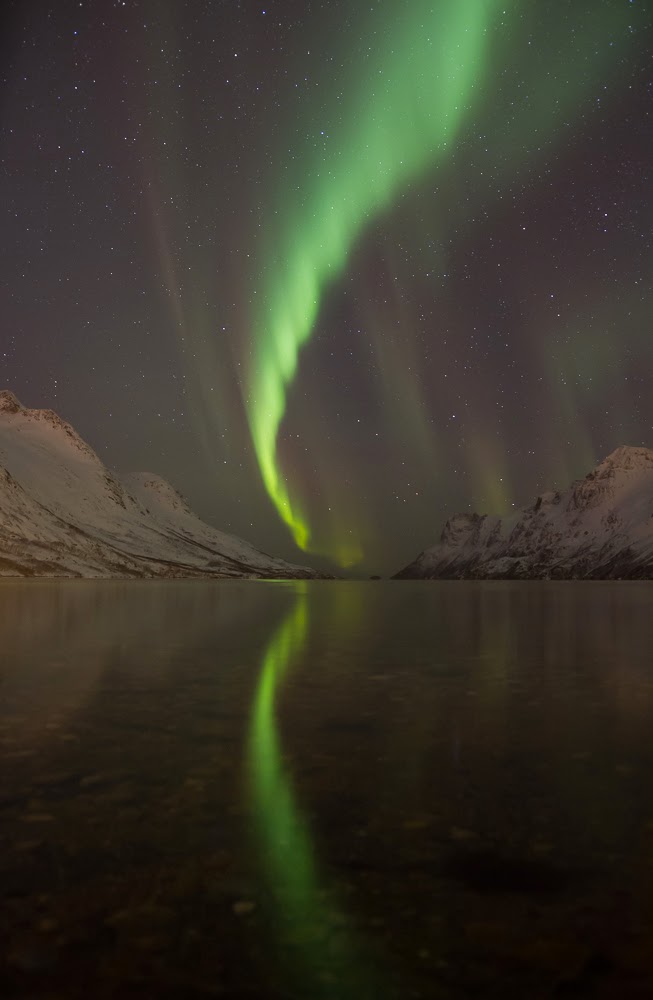 As I am on twitter one of the funniest tweets I saw whilst in Tromsø came from Island Snapper who was sitting in an Indian restaurant in the town and had just been charged £7 for a Poppadom for his starters. I shudder to think the final cost of his meal. I met up with James (Island Snapper) one evening on the road to Tromvik and we had a really enjoyable chat during a quiet period as the aurora lessened before returning in full force some 30 minutes later 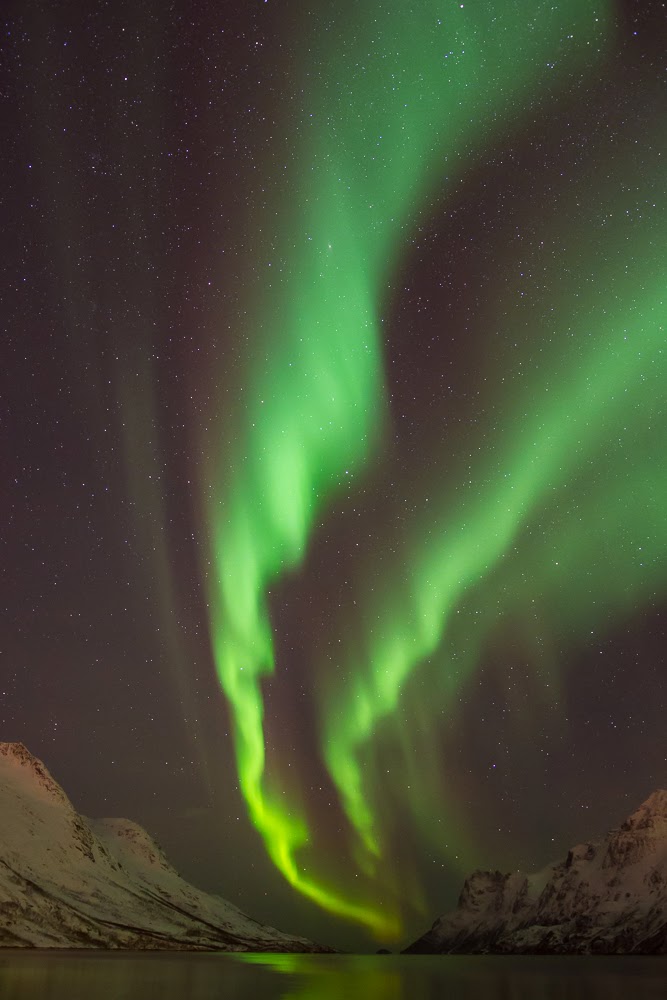 Having been to Tromsø 3 times now and having experienced the aurora in such strength last week there is still a real strong desire to return possibly in March 2015 before the solar activity really dips as part of the solar minimum fall off and so making 'chasing the light' a wasted journey. I know a large number of people read my blog having chalked up some 2400 views so far. So, if there is interest from others to take part in such a trip to Tromsø I am willing to organise something and can possibly arrange accommodation and a guide with a minibus to drive us around. I would just like to test the water first to see if there is any interest from others? If there isn't I may just go with my partner, on our own. 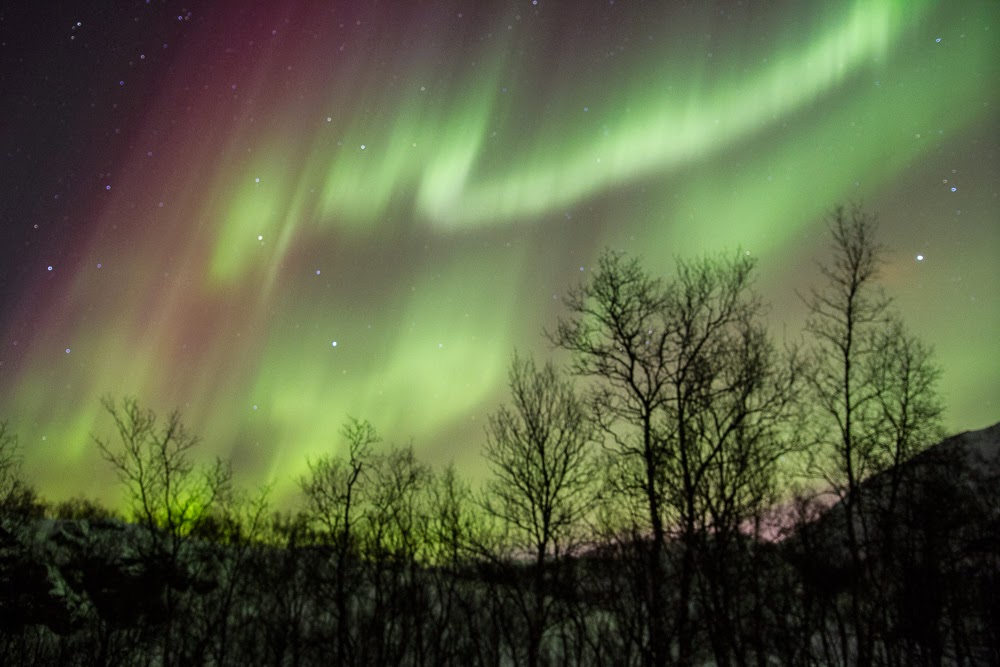 Some new readers of my blog my have come across it due to the BBC2 programme here in the UK called 'Stargazing live' which goes/went out on 7th January 2014 live from Tromsø. The programme covered chasing and photographing the aurora borealis. If so, Tromsø doesn't disappoint and has plenty to offer apart from the Northern Lights and so is an ideal location to take your family.
I know people enjoy reading books about the aurora and I can highly recommend this book written by a local stargazer in Tromsø called Fredrik Broms (the link is to the English version you can buy here in the UK). I actually purchased the last English copy in the Polaria (the Polar Aquarium in Tromsø). Almost every image, if not all, were taken in and around Tromsø and many places I know myself including Ersfjordbotn where we stay.
Northern Lights - A guide
Please if you enjoy my images leave a comment of alternatively you can view more of my images either on my  my personal website Darrell Jordan Photography or alternatively go to my Facebook page Darrell Jordan Photography (Facebook) and please like the page.
If anyone is interested in going to Tromsø in late February/early March 2015 please can you email me via my website or Facebook and if there is enough interest I can get the ball rolling.
Happy New Year to you all and I hope you have a great and personally successful 2014
« Previous Post